Women deserve the life Jesus died to give them—period.

Join us in breaking the silence surrounding women's health.

We started the conversation. Help us finish it.

When communities in rural Indonesia and beyond asked us to bring education on female health to their villages, your support made it possible for us to start the conversation. Now we have the opportunity to work together so that more women are reached.

Each month, women and girls in rural Indonesia and beyond are faced with a dilemma—how will they care for their bodies during their period?

Without access to sanitary pads, many girls miss out on school or go without changing their pads for long stretches of time to save money. It affects their physical, emotional, and spiritual health and keeps them from reaching their true potential. This is period poverty in action.

women and girls live in period poverty around the world.*

in the world are unable to afford basic menstrual products.*

A safe, hygienic solution for women and girls.

The reusable mensural kits provide women and girls with a dignified, sanitary, and cost-effective way to care for themselves during their period. Each kit contains reusable pads made from brightly-decorated, reusable cloth which helps camouflage staining. This allows women and girls to hang their pads to dry without fear or embarrassment. If treated with care, these reusable pads can be washed and reused for up to three years.

For young girls like Alya and Indah, having these reusable menstrual kits means they can go to school without fear and no longer have to worry about living with the side effects of using unsanitary alternatives. 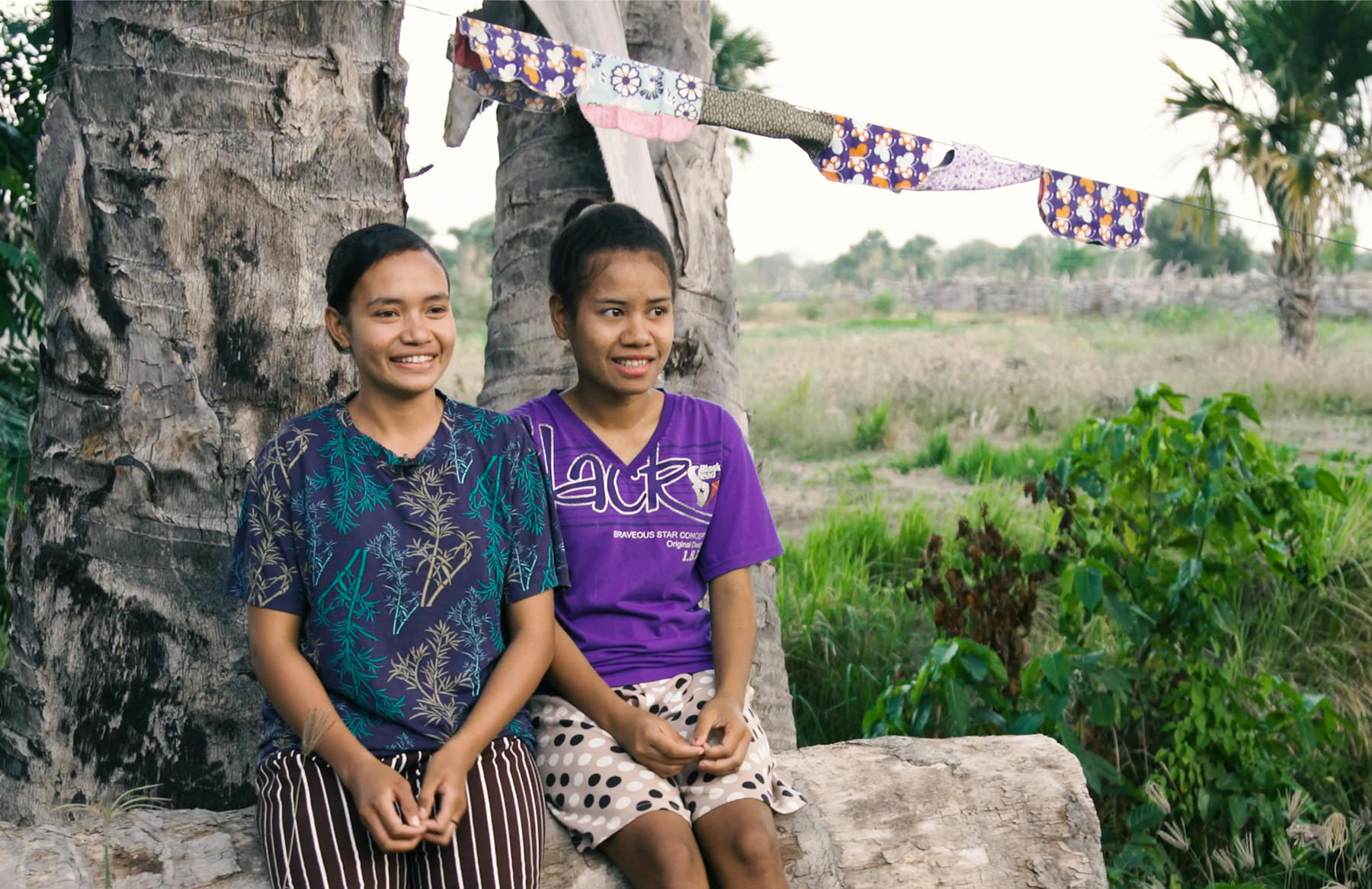 Alya and Indah, high school students, discuss the benefits of having the reusable pads.

"We can go to school and we are not worried that it will leak. When we used the disposable pads, we were not safe at school. We are grateful because we have the reusable pads, which is better."

Knowledge is power. Your gift shows women and their communities that their lives matter because God made them with a purpose.

Your gift makes it possible for Christ-centered women’s health workshops to reach more women and girls around the globe.

These workshops use God’s love to break the silence surrounding female health and dismantle period poverty. Bless women with the knowledge that their bodies are beautiful because they are handcrafted by God to be His daughters.

Our bodies are handcrafted by God, our loving creator. 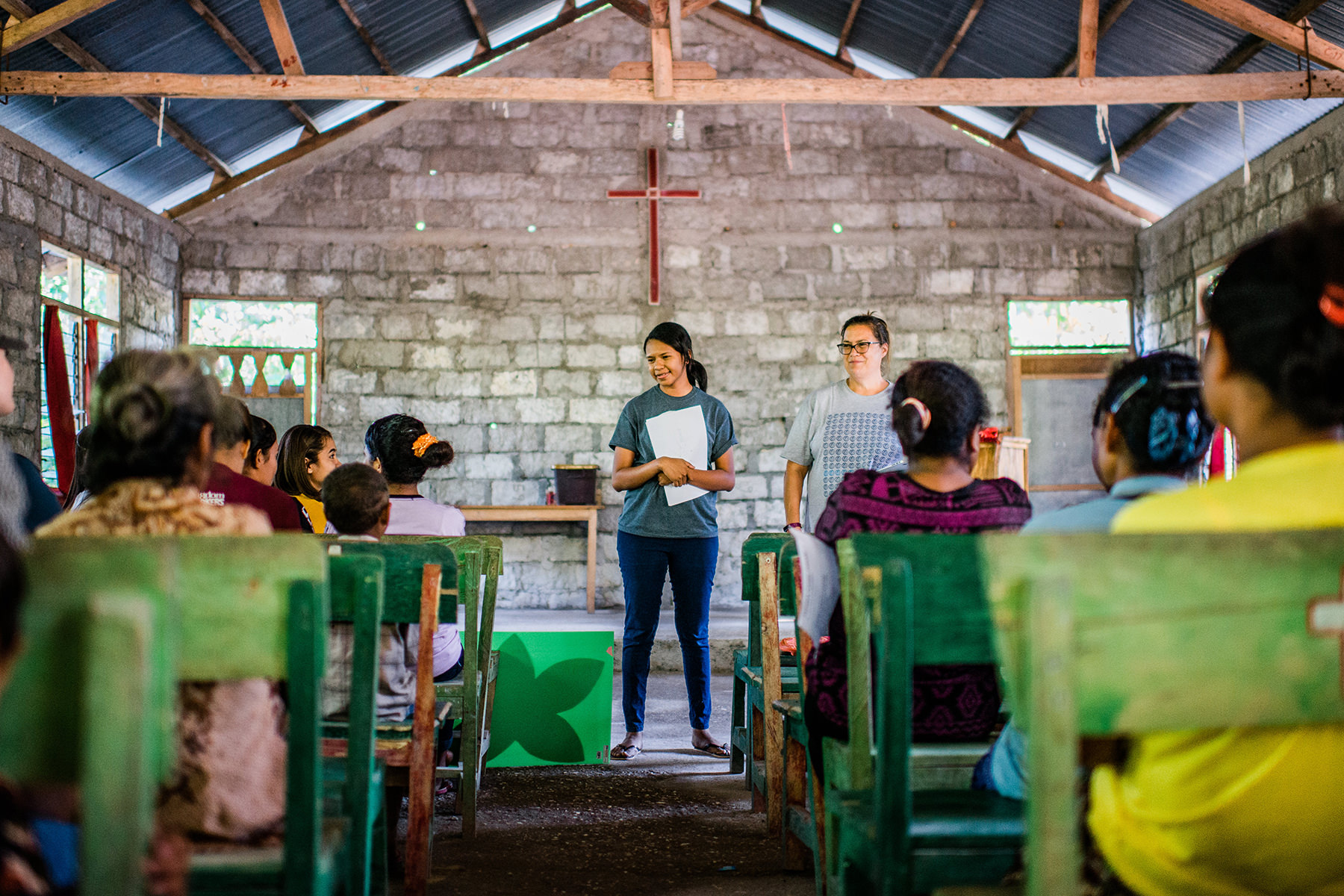 Each women's health workshop opens with a prayer and devotion about the blessings that come with being God's daughters. 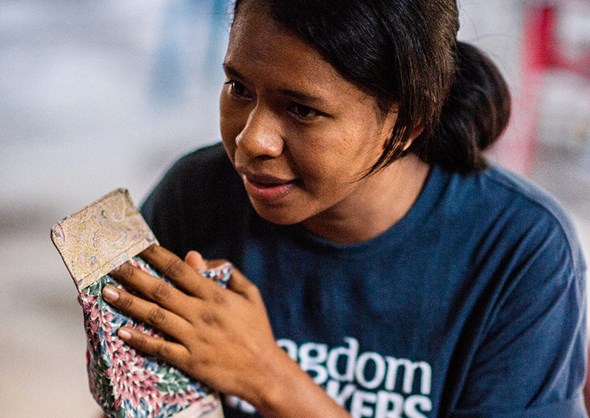 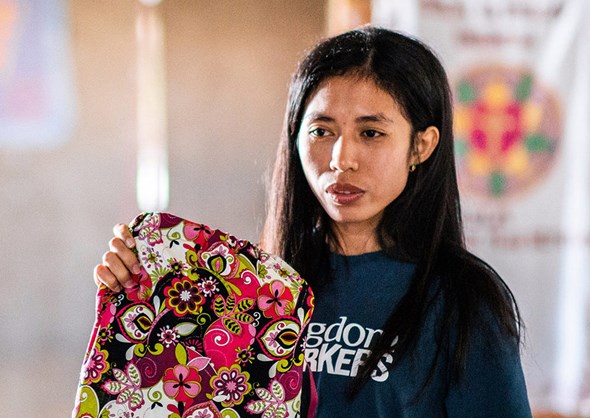 Local volunteers Santi, a nurse, and Yesti, a midwife, introduce the menstrual kits with reusable pads.

Jesus wasn't afraid to tackle issues surrounding female health, and neither are we.

A large crowd followed and pressed around him. And a woman was there who had been subject to bleeding for twelve years. She had suffered a great deal under the care of many doctors and had spent all she had, yet instead of getting better she grew worse. When she heard about Jesus, she came up behind him in the crowd and touched his cloak, because she thought, “If I just touch his clothes, I will be healed.” Immediately her bleeding stopped and she felt in her body that she was freed from her suffering.

At once Jesus realized that power had gone out from him. He turned around in the crowd and asked, “Who touched my clothes?”

“You see the people crowding against you,” his disciples answered, “and yet you can ask, ‘Who touched me?’”

But Jesus kept looking around to see who had done it. Then the woman, knowing what had happened to her, came and fell at his feet and, trembling with fear, told him the whole truth. He said to her, “Daughter, your faith has healed you. Go in peace and be freed from your suffering.” 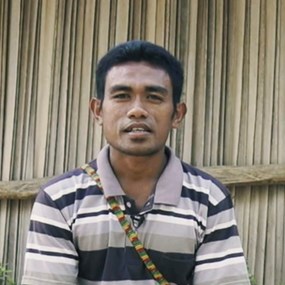 "I think this program is very good and very helpful for the people here." 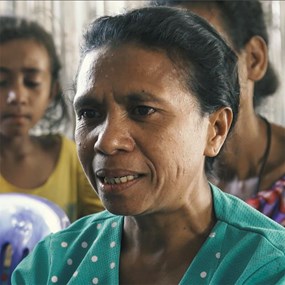 "Today is the first time we received learning materials. We did not know how menstruation works or where it comes from." 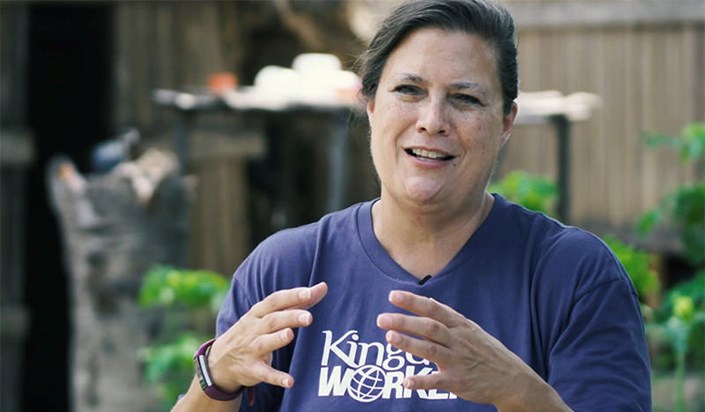 Your gift makes it possible for women and girls to embrace the lives God has created for them to live—period.

Stereotypes surrounding female health and menstruation in Indonesia and beyond create barriers for women. These barriers keep women from reaching their true potential and from experiencing the freedom and life that is found in Jesus. Your gift this #GivingTuesday brings God's truth to these women and girls, and shatters the lies created by these stereotypes. 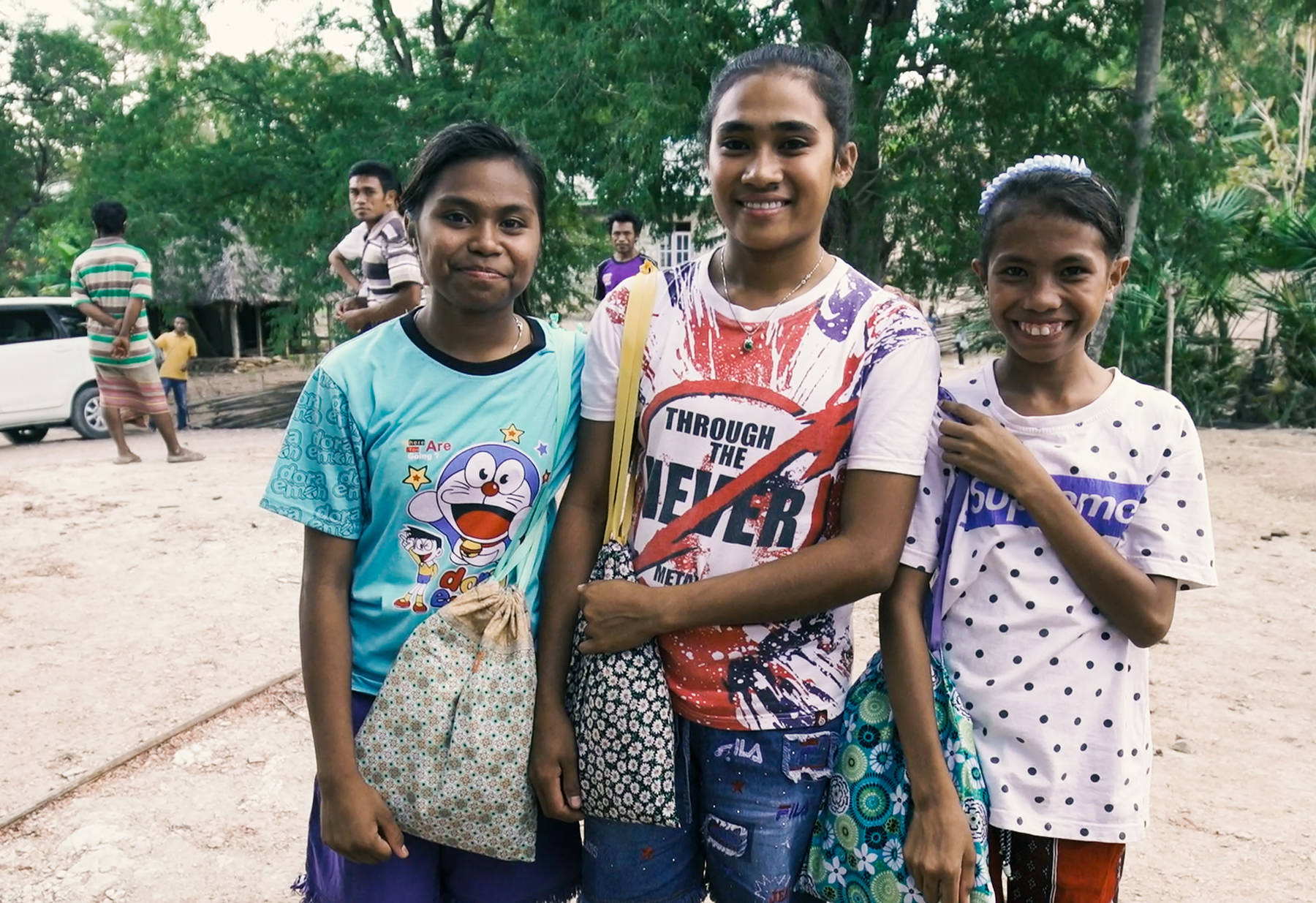 Let's stand together with women and girls to free them from their fears and connect them to Jesus.

Names and images may have been changed for privacy or security.

*International Federation of Gynecology and Obstetrics