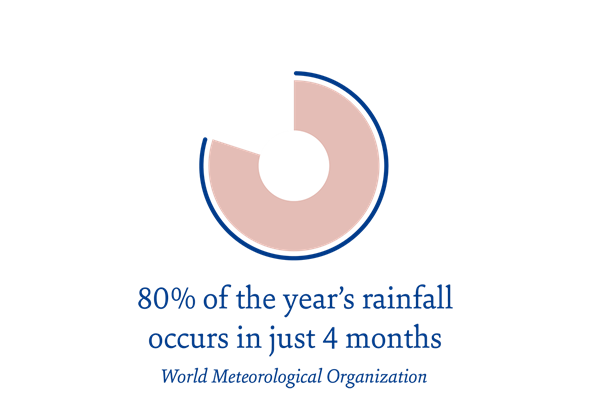 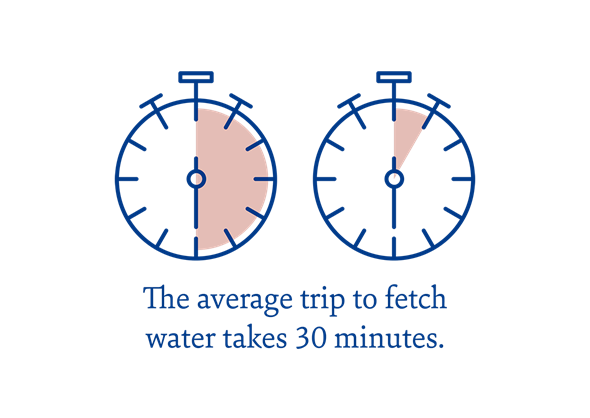 Gathering water during the rainy season took Reza and his siblings 45 minutes per trip and had to be done multiple times a day. In the dry season, when water is difficult to find, it could take even longer. 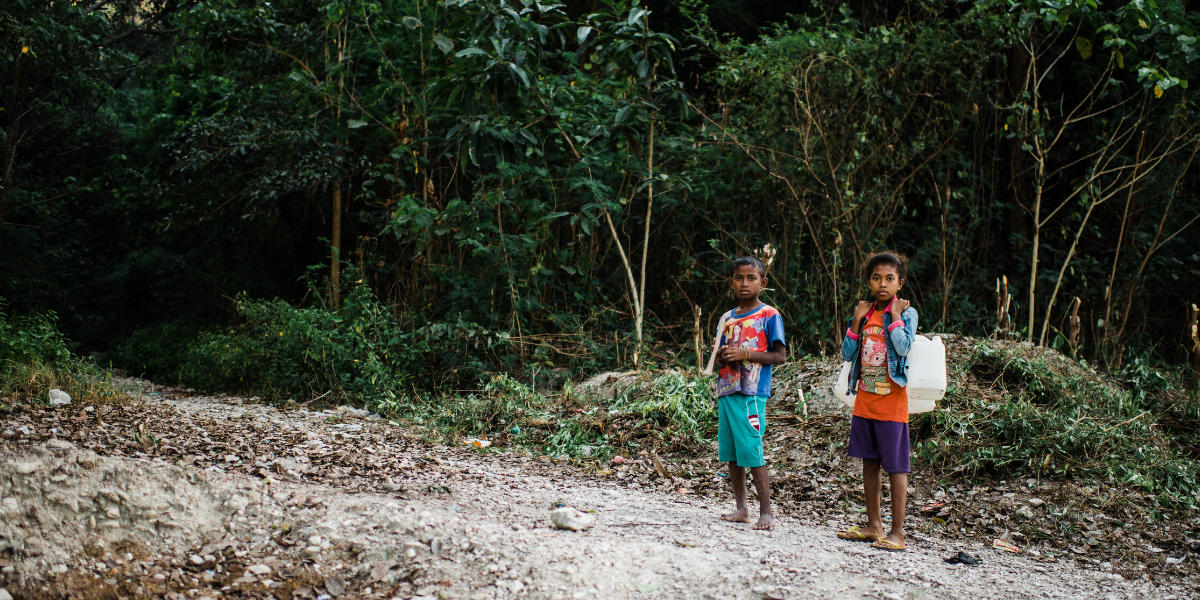 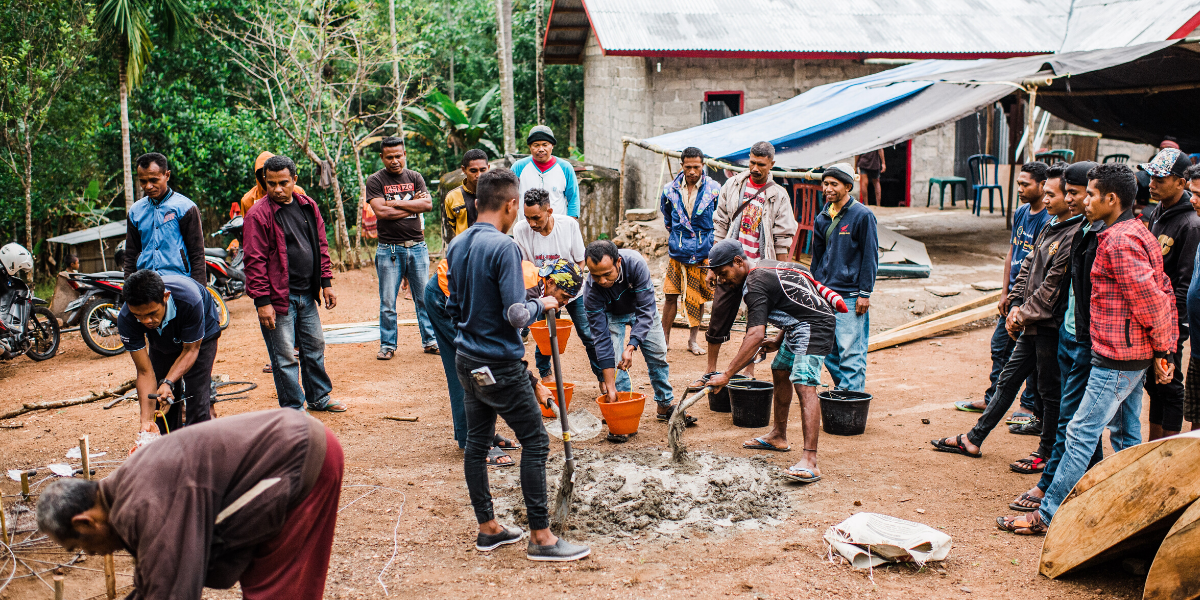 The physical impacts of having access to water have dramatically changed life for Reza and his community. He now attends school and is learning how to read and write. His community's gardens now grow healthy food that have helped Reza grow stronger. Reza's constant stomachaches from drinking unclean water have since disappeared.

Reza's father has been able to attend additional trainings on how to build sanitation units. In just a few months, he and his neighbors constructed eight sanitation units, providing families with a place to shower, use the bathroom, and wash their hands. 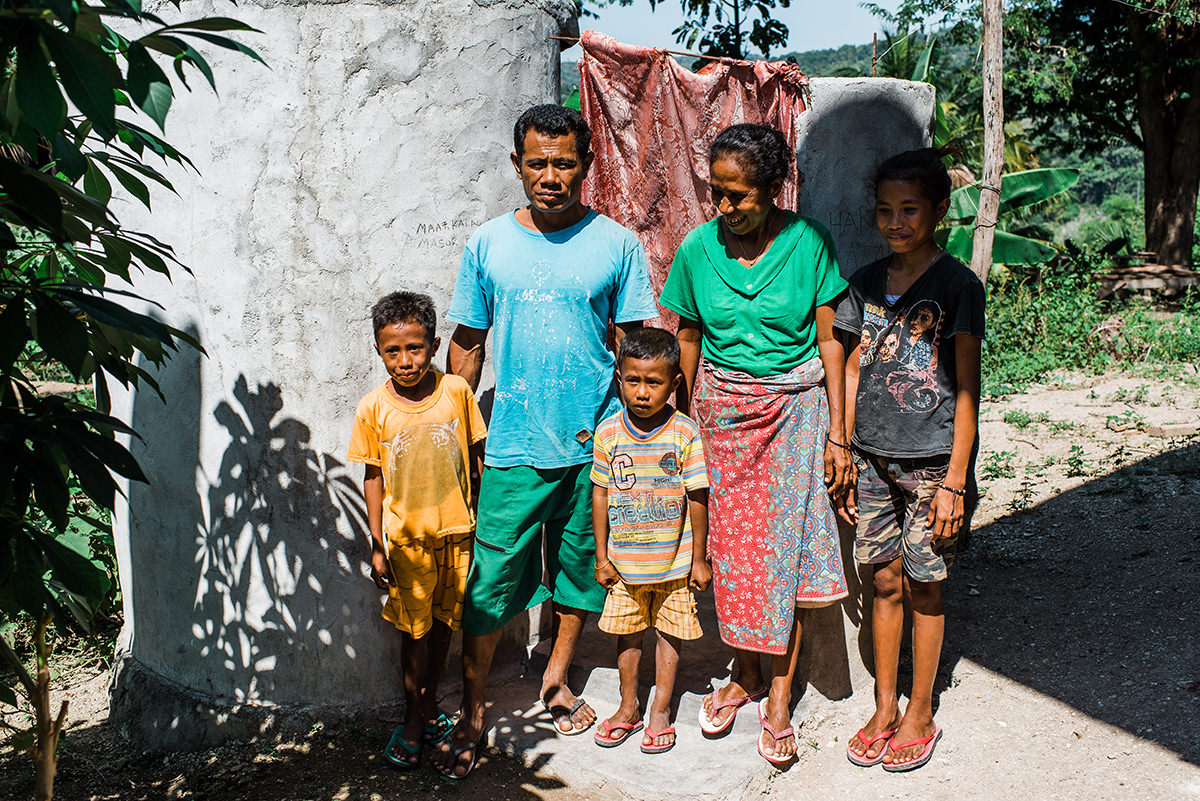 Reza, left, and his family with a sanitation unit his father built.

But perhaps the greatest blessing has been watching Reza experience a new future through getting to know his Savior Jesus.

The dry seasons still come to Reza's village, and the rain stops falling for eight months out of the year. But now the community has a way to collect, store, and manage one of life's most vital resources during the difficult times of year. 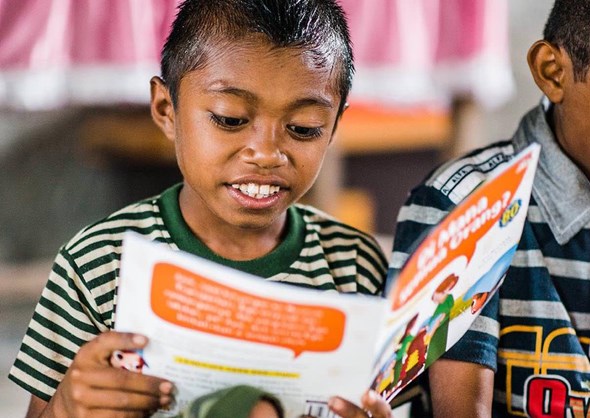 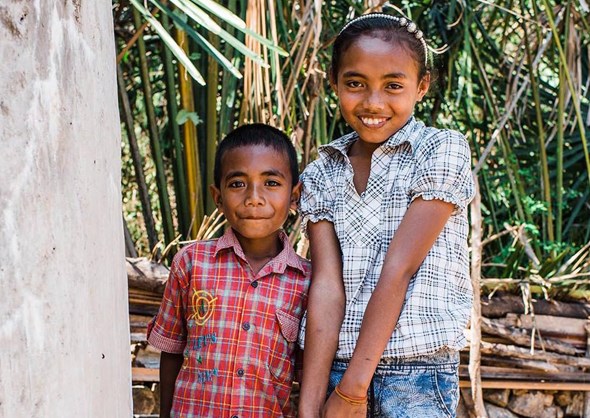 There are more villages like Reza’s who need access to clean water and the gospel. Will you help by making a donation?

A Legacy Built on Water

Every October in Wisconsin, something amazing happens. The humid, thick air of summer shifts to a crisp, cool, northern breeze. Trees exchange their green leaves for more seasonally-appropriate yellows, oranges, and reds. Everywhere you look, a pumpkin-flavored coffee drink is available for a limited time only.

But halfway around the world, it’s a different story.

Every morning Mari would wake up long before the sun rose so she could collect water for her family. Her bare feet quickly became damp with the morning dew as she made her way along the well-worn path to the spring. The empty water jugs bounced against Mari’s back as she took a deep breath of the fresh jungle air that smelled of fire smoke and cinnamon...