May 2019 by Kimberly Magsig

Their community in Malawi did not see them, care to know them, or give their existence a second thought.

But God saw Bright, Ellena, Chimwemwe, Immanuel, and their families. He knew their stories and He treasured their existence. They didn’t know it, but He was going to establish a community for them to show others the power of His incredible grace and love.

Their story begins in the village of Namiwa in Malawi. Life was surrounded by isolation for the families of Bright, Ellena, Chimwemwe, and Immanuel because these four children had been born with disabilities.

While the stigma is changing, in Malawi it is still an accepted belief in many communities that disabilities are caused by a curse or are the result of witchcraft. For this reason, those with disabilities and their caregivers are pushed to the fringe of society.

This was the reality these four children and their mothers and grandmothers lived day in and day out. A reality where fear had pushed a community away, where fear kept anyone from reaching out.

Fear had established a barrier and kept these women and their children from having a community to call their own.

For years these four families lived in the same village completely unaware of each other. Steps away, they didn’t know that there were others experiencing the same deep loneliness. Then one day, volunteers from the disability ministry showed up and everything changed.

The volunteers introduced the families to one another and instantly a new community was formed. The women who had been caring for the children finally had friends they could talk to about their experiences. The children finally had a place where they were loved and accepted by outsiders and where they could receive the physical care they needed. God gave these families a place where they belonged and were accepted, but His blessings didn’t end there.

Before the disability ministry volunteers arrived, these women were singlehandedly taking care of their respective child. This meant that they had little time to go out and earn an income to support themselves. Now these four women share the task of caring for their children so that other work can be done. 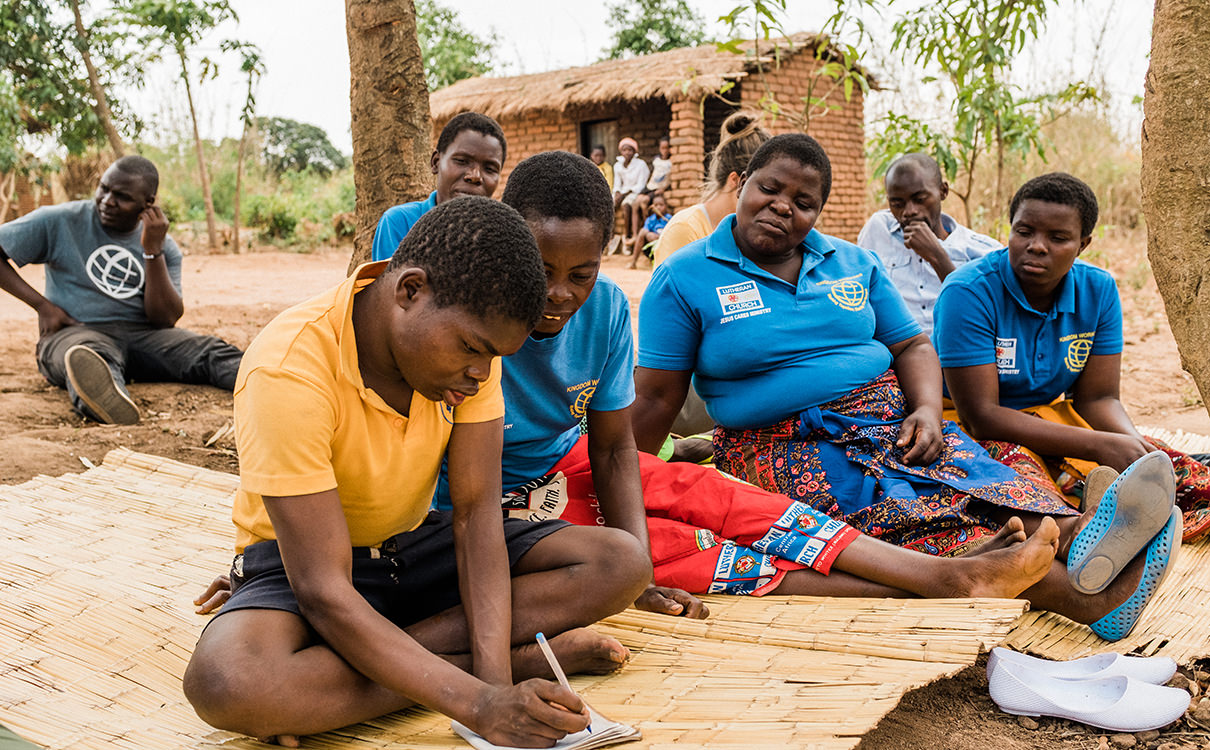 Together they worked out a system for farming a nearby plot of land. The harvest from their first season was so successful that they were each able to take home a profit. The income from their second season allowed them to purchase a pig whose piglets were then distributed between the four families.

God designed us to live together in community with one another. He even promises us in Matthew 18:20 that “For where two or three gather in my name, there I am with them.” God showed up in a big way for these women and their children and gave them a community where they could experience the love of Jesus. They found themselves in a new story—one where His glory shines the brightest.

Just like He did for these families, God sees you and knows the details of your life. He treasures you as His special creation and He has big plans for your life. Perhaps God is calling you to show others just how powerful, how gracious, and how loving of a God He is. Even if the odds seemed stacked against you, remember that God created the entire universe—He can handle anything you bring to Him.

For the four families in Malawi, God is using their lives to shatter the stigmas surrounding disabilities in their community.