Every morning Mari would wake up long before the sun rose so she could collect water for her family.

Her bare feet quickly became damp with the morning dew as she made her way along the well-worn path to the spring. The empty water jugs bounced against Mari’s back as she took a deep breath of the fresh jungle air that smelled of fire smoke and cinnamon.

An hour later Mari returned home to where her grandmother was standing over the open fire, setting up various pots and pans to boil and clean the water Mari had brought back. Mari’s throat was dry with thirst and she had to force herself not to gulp down the scalding water. As soon as the jugs were emptied and Mari had taken a few sips, she set out once again to collect more.

The majority of children in America can take ten steps to the sink and fill their cups as often as they want. Most houses have at least one bathroom complete with a toilet, sink, and shower.

Children don’t usually have to traverse jungle paths to collect water like Mari.

Clean water is one of life’s most essential resources, without it we can’t survive more than a few days. Mari’s family wanted to be able to send her to school, but instead Mari travelled back and forth to fetch water rather than learn how to read and write. Thankfully, Mari’s village was blessed because people like you decided to support the work of Kingdom Workers. 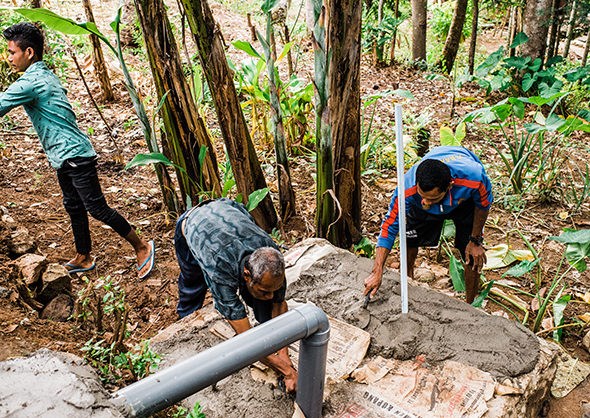 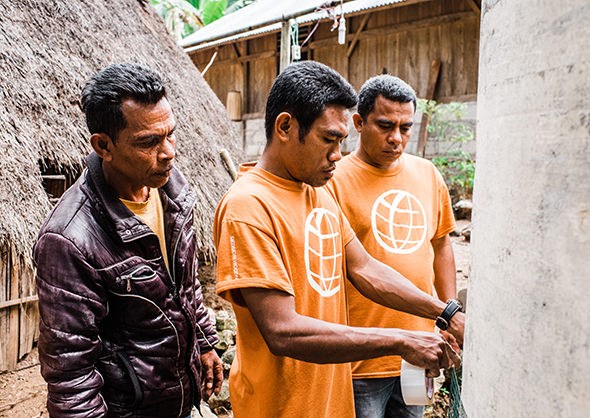 Men from multiple villages got to practice the skills they had learned after attending a multi-day training session on how to build water storage containers, and clean toilets.

Under the direction of the church elders and village leaders, Mari’s community members built a complete water collection and sanitation system. The men dug the holes, mixed and spread the cement, and ran the pipes. The women cooked and supported the work while the children helped sift gravel and carry stones. With guidance from Kingdom Workers, Mari’s neighbors constructed a system, built next to the Lutheran church, that benefits the entire community.

Simply building a system is not enough. In the Indonesian villages where we work, educational workshops are also provided to teach the community about washing hands, disease prevention, and taking care of their bodies. Coral Cady, the Southeast Asia Field Manager told us,

“We don’t just build a toilet and shower system and hope they understand that it is going to be good for them. We need to educate them about the importance of having clean water in which to bathe themselves. If a lot of people go down to the river, they are washing in contaminated water.”

The workshops are centered around the Word of God, and the local pastor has the opportunity to address everyone in attendance. Now the entire village visits the church to use the toilets and access the fresh, clean drinking water.

Mari and the other children don’t need to go out two or three times a day to get water in order to survive anymore. Instead they have time to attend school, to study, to learn, and to thrive. 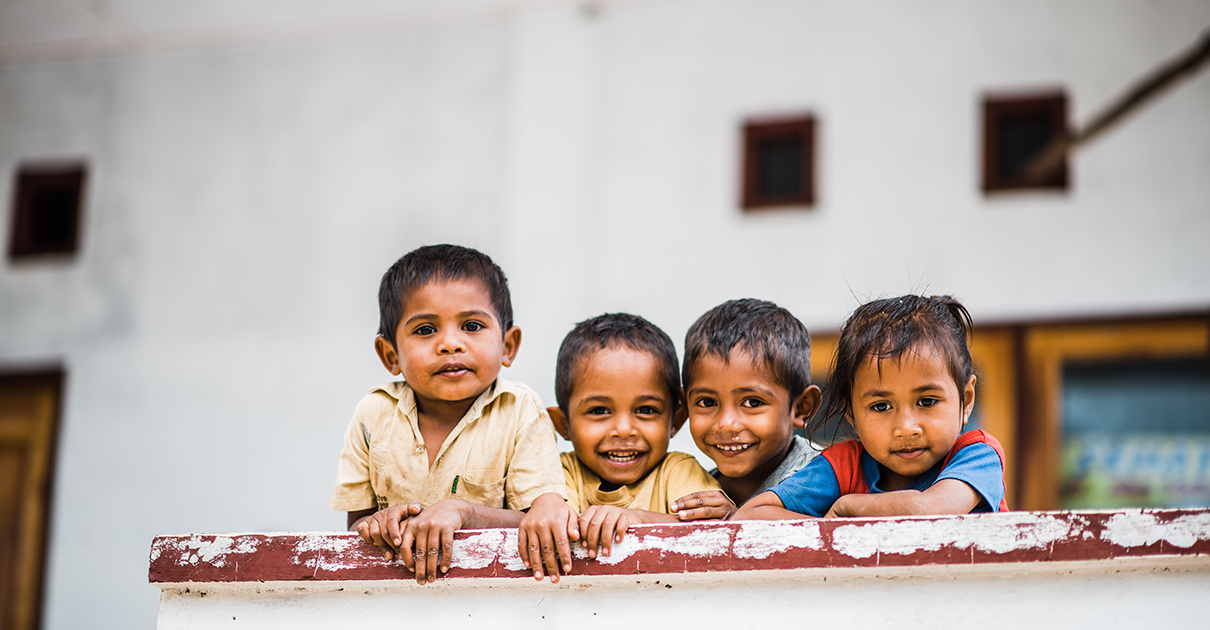 Children in on of the rural villages in Indonesia outside playing.

Learn more about our work in clean water and sanitation.

Names and images may have been changed for security or privacy reasons.